Playing Video Games, Some call it a hobby. For others, it is a mere recreation. But is it possible to earn money from video games?

How cool will it be if the game enthusiasts get to know that there are indeed several ways to earn money from video games.

These are an opportunity for young kids or teens to earn money by pursuing their hobby. And earning from your favourite pastime makes it better.

If you are wondering how you can turn your recreation to your vocation, this blog will help you with the ways. You can be any one of the following and see your revenues grow.

Little is known about the earnings of the gaming industry, but they are exorbitant. This industry records the highest revenue among all others at present.

Let this blog walk you through different ways to make money via gaming.

YouTube is the go-to for any solution. We can literally count the number of times we ask help from other people. Instead, we just launch YouTube to find a solution.

This applies to games as well. Some games like Call of Duty, Counter-Strike, Wolfenstein, etc. are mission-based video games. It is quite common that apprentice gamers who have just stepped into the field of gaming find it difficult to meander through the scores of levels.

It is common to run into a dead-end during a game or dying several times in a complex mission before you can clear the mission objectives. Those are the times when browsing YouTube comes to rescue.

Successful gamers in YouTube have started something called a gaming channel. It is the same as the other channels that you see on YouTube. The only difference is that, here, we watch videos of gameplay.

That’s right. Here we see flourishing electronic athletes wrapping up the whole mission in a jiffy. Not only do they help in finishing up the game mission, but they also coach the viewers on how they can achieve extra points, mission awards, rewards, secret treasures, etc. through their gameplay.

These gaming channels are the dictionary to all your gaming problems. Most of these gaming YouTubers have a soaring monthly income at a young age.

If a gamer makes a notable presence in YouTube with his or her gaming schools, earning hundreds and thousands of followers, likes, and subscriptions in YouTube is a piece of cake for them.

And we all know how these digits in likes, followers, subscribers, help people to earn money through YouTube. The passionate player gets his solution, and the passionate gamer earns revenue by selling his gaming skills.

Gamer-YouTuber PewDiePie earns an unbelievable $500,000 per month from YouTube advertisements on his channel. For beginners, it can be tough to start your own channel and make it a big hit in no time. But being slow and steady can help you win the race.

Start by recording your gameplay on your computer. Add your voice and effects for a good visual. Once you have the content ready, upload it to YouTube and promote your channel.

This income is based on marketing, and the more you can sell your gaming on YouTube, the more money you will calculate.

Another popular online community to showcase the gaming talent of individuals is Twitcher. It is a paradise for gamers and anyone joining this community, will not be ready to leave soon.

Here is what happens in Twitcher. It is similar to YouTube as here too, people stream or live stream their gameplay. This platform is hired by Amazon, so it’s security, reliability, and popularity are above par.

In this platform, creators earn money online with the help of their subscribers. Just like in YouTube, revenue is generated on the number of likes, subscribers, and followers.

Before you can earn revenue from broadcasting your gameplay on Twitch, here are a few prerequisites:

There are some factors for which Twitch fares better in terms of revenue collection. It is less stringent, and as we can achieve the prerequisites easily.

A successful Twitch streamer, Ninja, makes close to $10 million in 2018 from advertisements and sponsors in Twitch.

For a regular guy with medium popularity in the gaming domain, can earn no less than a grand in a month.

Have you grown up playing those thunderous video games? Did it ever cross your mind that one day you can develop these games?

It can’t be a distant dream anymore. Many game developers of prominent companies were simply passionate video game players in their childhood.

They shaped their career in their field of game development. We have a lot to learn from these individuals as they are the key to many opportunities.

The success stories in game development revolve around those people who had an inclination towards computer gaming. Simultaneously, when they mastered the requisite software skills, they became professionals who develop world-famous video games.

Game developers who have subscribed their careers to leading organizations like Gameloft, EA Sports, Ubisoft earn close to $100,000 in a year.

But to become a game developer, you do not need to associate yourselves with big names in the industry. You can freelance your development and publish your games in play store or AppStore.

Designing the graphics of the game and optimizing it so that it runs on several devices is not a one-man job. These are similar to big IT projects. A game developer cannot do his or her job, with a QA analyst, and game tester.

After the developer crafts a unique game, he needs to be sure that the video game is perfect to play in a set of requirements. The job of the tester is to figure out whether the factors laid for the game are ideal for smooth gameplay.

Before a game is launched into the market, it undergoes critical up-gradation of its appearance. The QA analysts define themselves as individuals who pick out flaws in the game development and fix them to make the game an ecstatic and thrilling experience.

The testers or Beta testers play the game in the most advanced mode to ensure that the quality is not compromised during QA.

An inspiration to standalone game developers is Markus Persson who crafted Minecraft that released different games for the heart’s content of all gamers.

These developers are driven by passion. They have the will to give the world the game they visualize when they close their eyes. If you have similar dreams, it is time to turn them into reality.

Start this journey of game development by learning the demanded software skills. At first, you can start with the creation of a simple game. Add in-app purchases, and advertisement contributors to make a good living out of it.

Signing Up With Brands

eSports is a gaming franchise which invites game players in different domains. It started in late years of the 90s and maintained an upward curve with its engaging gaming performances.

Top game players such as CS, LoL (league of legends), Starcraft 2 are the highest payers offering as much as $5000 to people who are legends in gaming.

eSports is the flagbearer of this trend. It sees a high revenue of approximately $900 billion in a year. It regularly hosts gaming tournaments where game players earn thousands of dollars.

eSports necessitates the creation and use of a YouTube channel for the gamer and have a handsome number of followers on the platform. But being a gamer is not the only vocation of someone who is associated with eSports.

There are other employment opportunities within eSports. It requires someone with knowledge of gaming and some other soft skills but not necessarily an ace gamer. They are:

Customer service is one such role, prevalent in every field of work. Any kind of profession requires services and maintenance.

The role of gaming customer service executives is to provide support to users in an online game. They are the people who check for resolution if the user has run into problems while playing a game.

Having a good amount of gaming knowledge is customary for this role. These customer service executives also help in setting up and configuration of games.

Nowadays, games are not limited to PCs. We have PlayStations, Xbox and a host of other devices which enthusiastic gamers use for their games. All these devices and gaming peripherals have their set of guidelines and configuration.

On the downside, some executives feel like it is a regular customer support job where they have to face the wrath of disappointed users. The pay is not as attractive as the other roles in this genre.

But the job is not too difficult. It does not demand advanced skill sets either.

Playing games is fun, but it is immense satisfaction to work in a field from where you derive your happiness and pleasure. Most gamers consider themselves lucky and call their job to be highly gratifying.

What are you waiting for? Give it a shot in gaming. After all, you don’t learn unless you make your hands dirty.

Also read next: 5 soap bubbles games that you must play in 2020 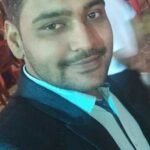 Akash Tripathi is a Content Marketing Manager at Top Mobile Tech. It is a blog where I cover all the tips & tricks related to Mobile and more related to tech. Stay connected to the rest of the world with Top Mobile Tech. We bring latest and critical news to your mobile and computer devices.

Tips to Make Your Game More Saleable in the Market

If you’d like your ads to show on certain sites across the internet, you can add these websites as